The Venetian is about to become the first Las Vegas casino to host multi-table poker tournaments since the COVID-19 pandemic shutdown. In a post on Twitter, the Venetian poker room announced two such tournaments, one on Friday, June 19, and one on Saturday, June 20.

Both tournaments are $250 No-Limit Hold’em Shootout events. Tables are five max, with a cap of 80 total entrants. $25 of the buy-in is the entry fee, going to the house, and another $15 is withheld for tournament staff. Players can register late during the first two levels, but no re-entries are permitted.

If the tournaments hit capacity, there will be 16 five-handed tables in each with a $16,800 prize pool per tournament. As they are shootout tournaments, each table will play down to a single winner, like a Sit-and-Go.

The eight winners will then split into four tables of four, all players starting with the same number of chips. The winners of those four tables will advance to the final, four-handed table, again starting action with equal chip stacks.

If there are at least 48 total players, the last two players at each table in the second round will make the money. If fewer than 48 players enter, just the four players at the final table will cash.

When Nevada casinos reopened on June 4, one of the many health and safety regulations put in place was a limit of four players per poker table.

The three poker rooms that opened right away – South Point, The Orleans, and The Venetian – quickly found that they could not generate enough player traffic with such a restriction. They petitioned the Nevada Gaming Control Board (NGCB) and were granted permission to increase table caps to five players. The Golden Nugget opened during the first weekend, also receiving the green light to go five-handed.

The typical minimum table capacity in a live poker room is six players. Full games run eight- or nine-handed, sometimes ten-handed if necessary. Most players feel more comfortable in games with more opponents because blinds come around less frequently and they can be more selective in their starting hand ranges.

Because poker is a player-versus-player game, poker rooms need their poker tables to be full to make money. If there aren’t enough players, games can’t run and the casino can’t generate rake. This explains the poker rooms’ need to increase the number of players permitted per table, even if it is still lower than desired.

Poker tournaments are slow to return

Nearly 70% of the casinos in the U.S. have reopened, despite the country still being in the middle of the pandemic. Most are opening with reduced capacity and leaving some services closed for now. Poker rooms will be among the last parts of casino properties to reopen in most cases because of challenges surrounding social distancing and card and chip sanitization.

Because casinos around the country shut down in mid-March and most poker rooms will remain closed or very limited for a while, major live poker tournaments have been canceled, postponed, or moved online. Of particular note is the 2020 World Series of Poker, held annually at the Rio just off the Las Vegas Strip. Caesars finally decided to postpone the WSOP in April. Just last week it announced an 85-bracelet “World Series of Poker Online”, held on both WSOP.com and GGPoker.

The WSOP has also shifted Circuit events to the internet, including the Circuit season-ending Global Casino Championship. The World Poker Tour has also teamed up with partypoker for several online poker festivals.

The Venetian Poker Room has been home to popular DeepStacks Series offering big guarantees that draw players from near and far.

Now, the Venetian is set to host a new series intended for a different crowd of poker players, and the regulars are up in arms over the capped prize pool found in the fine print.

In the Venetian's upcoming $225,000 Lucky Shot Poker Series & Drawing, scheduled for Oct. 21-27, there are seven poker events slated, highlighted by a $250 buy-in no-limit hold’em tournament with six flights and $150,000 guaranteed. The series concludes with a drawing wherein $52,000 will be doled out to participants who earn one entry for each $250 they contribute in tournament buy-ins during the series.

The fine print of the structure sheets for the series reveals a major difference that has poker players enraged on Twitter, and it involves an unprecedented rake and prize pool system.

“100% of all funds collected will go to meet the $150,000 Total Prize Pool. Any funds collected above and beyond the total prize pool will be the sole property of The Venetian Poker Room.”

“The $225,000 Lucky Shot Poker Series and Drawing is a new poker series catering to a player who likes promotions and drawings.'

The stipulation appears to indicate that the posted guarantee is not to be exceeded. That is, whether they get 600 or 900 total entries, the prize pool remains the same. At 600 entries, there would be a $150,000 rake-free prize pool.

As poker player and vlogger Jeff 'Boski' Sluzinski pointed out on Twitter, 750 entries would equate to Venetian’s typical $200+$50 rake while the rake percentage would go up from there. At 900 entries, the rake from each entry would equate to 33% and if they got up to 1,200 entries, half of the buy-ins would be going to the house.

'Catering to a Player Who Likes Promotions'

The new series appears to be modeled off of promotional slot and table game tournaments, where there is a set prize pool put up by the house. PokerNews reached out to the Venetian Poker Room for comment and received the following from a Venetian spokesperson:

“The $225,000 Lucky Shot Poker Series and Drawing is a new poker series catering to a player who likes promotions and drawings. It is designed to have a lower buy in, but still guarantees $225,000 in total prizes that includes a drawing, providing two ways to win.”

The drawing portion moreover reduces the skill needed to be a winner in the event, thus clearly catering to the more amateur and recreational player. For these players, the idea of being entered into a drawing for $52,000 in cash may be a more than fair consolation for any additional rake collected. Venetian's PR spokesperson compared the series to table and slot tournaments, which are generally run as freerolls.

“100% of all funds collected will go to meet the $150,000 Total Prize Pool. Any funds collected above and beyond the total prize pool will be the sole property of The Venetian Poker Room.”

“The tournament [series] is designed so that the Venetian funds $225,000 in total prizes, regardless of how many players join. This is similar to how other table and slot tournaments are conducted.”

The big difference between say blackjack or slot tournaments and the Lucky Shot poker tournament is the former are generally invite-only freerolls with set prizes for top finishers, a kind of “rakeback,” if you will, that doubles as a method to get high-value customers in the door.

In the poker tournament, however, players still put up the traditional buy-in to participate, knowing that the prize pool will not be more than $150,000 no matter how many entries are collected.

The worry among poker players, even those planning not to participate, is that most will register without knowing what percentage of their buy-in will go to the prize pool and what percent will be going to the house.

For Venetian's target customer, this may be of little concern.

In the TwoPlusTwo forum regarding the event, players joined in on rebuking such an event structure, with some players calling for a boycott or some way to assure no rake is paid.

Top poker content creator Doug Polk has been among those leading the charge, calling out Venetian in a recent video and spreading the hashtag 'BoycottTheVenetian' on Twitter.

Will it have any effect? Considering that the event is not being marketed to the professionals and serious recreational who typically frequent poker forums, it's an open question.

Additionally, there was some confusion in the thread due to the posting that Venetian was applying the new 'uncapped rake structure' to their DeepStack Series, which is not the case, according to Venetian officials. Highest rtp online casino.

“This new format is in addition to our other successful poker tournaments which are geared to a more seasoned player, like our DeepStack Poker Series.” 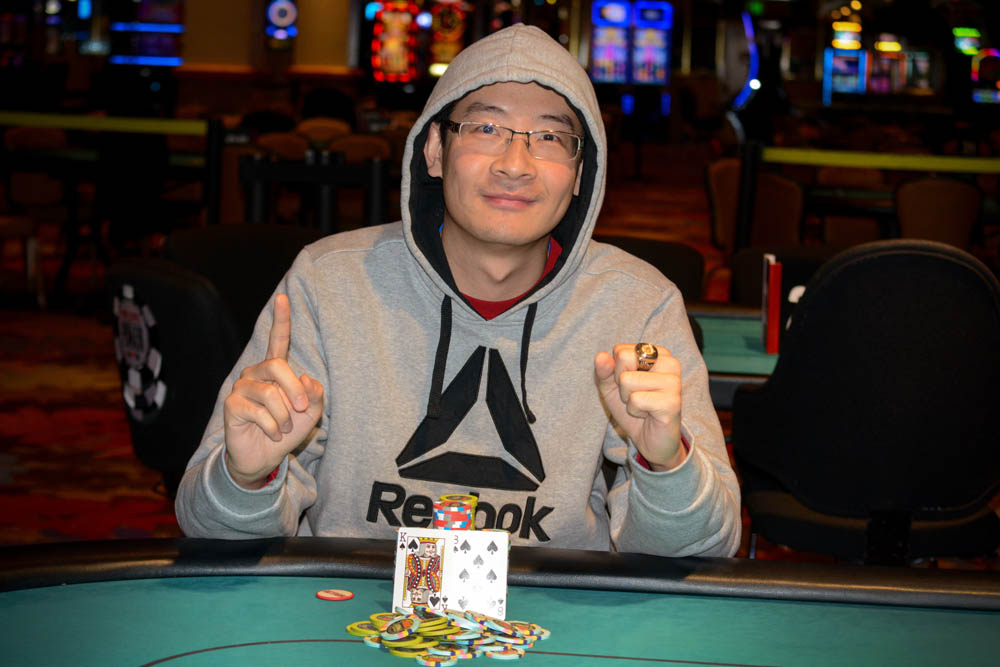 Venetian, for its part, assures players that the format is not intended to be reproduced in their more traditional established series.

“This new format is in addition to our other successful poker tournaments which are geared to a more seasoned player, like our DeepStack Poker Series,” a Venetian spokesperson told PokerNews.

Just how the experiment will play out is to be seen. As Polk pointed out, the market will speak. Be sure to check back here at PokerNews for more on how the Lucky Shot goes, and how the poker community responds.