By Henry Tamburin
When I was a youngster, I used to think it was unfair when teachers gave me homework. When I was a teenager and missed curfew, I thought it was very unfair when my mother “grounded” me. But asI grew older and wiser I realized a lot of things in this world ain’t fair including the games I play in casinos.

I know that the casinos must have some sort of an advantage over players in order to pay their bills and generate the capital they need to build those gambling palaces that we love to visit.But the casino’s advantage is unfortunately a big mystery to most players. It certainly was to me until I finally figured out how they win and why I lose. But nowadays most casino players don’tcare about casino advantages or unfair games. They are just satisfied with having fun and letting Lady Luck determine their fate. If that’s your modus operand when you gamble then stop readingthis article right now. However, if you're tired of being the patsy that always contributes your hard earned cash to the casinos' coiffers and wants to do something about it, then read on, forthere is a light at the end of the tunnel (or in your case cash in your pockets at the end of your casino visits).

Knowing a little about how the casinos create their unfair games to begin with is the first step you must take to become a smarter player. By smarter I mean learning which games and bets arehighly unfair and then avoiding them while at the same time learning how to turn an unfair game into a nearly fair game. 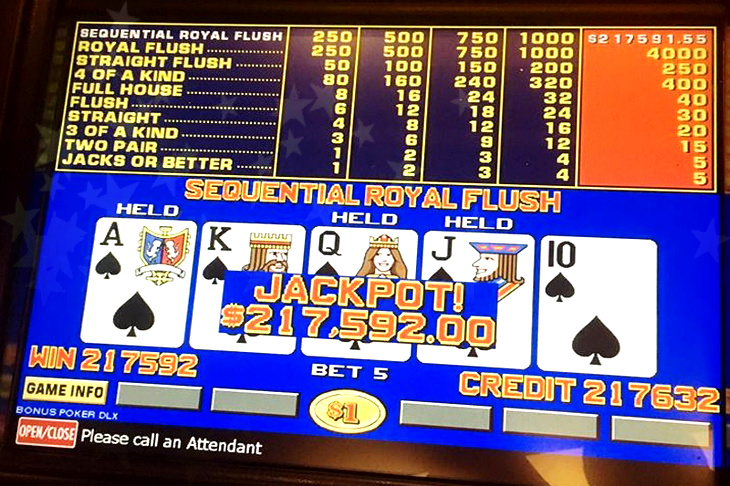 There are three different ways that a casino creates unfair games. One way is to create playing rules that favor the casino so that they win more decisions than the player. For example, atypical craps player that makes a total of 1,980 pass line bets stands to win 976 times while the casino stands to win 1,004 times. The casino rules for the pass line obviously favor the casinowinning more times than the player. This is what creates the unfair game. Pretty simple huh?

It’s the same concept as if I let you play a game in which I have a bowl containing 50 black white marbles and 50 black ones. You get to pick a marble at random and of you pick a white marbleyou win. What are the odds of picking white? Since there are equal number of white and black marbles, the odds are 50-50 and the game is fair. I shouldn’t quit my day job if I offered this gameto you. However, if I placed only 40 white and 50 black marbles in the bowl, it’s clear that this game now becomes unfair for you and I can tell my boss what he can do with this job.

Let’s look at a totally different way casinos create an unfair game. This is the most common way and it has to do with the amount the casinos pay players when they win a bet.

Suppose I flip a coin and if you lose you pay me a dollar and when you win I pay you 95 cents. Is this game fair? Even though the odds of winning is 50-50 the game is unfair becauseinstead of paying you $1 when you win, you get paid only 95 cents. You are short changed 50 cents every time you win. After 100 flips you would stand to win half of them at 95 cents winper flip. The other 50 coin flips you stand to lose $1 per flip. If you do the math, you would stand to lose $2.50 after the 100 coin flips. Quite an unfair game.

The same concept – known as paying less then true odds - is used by casinos when you win a bet at say roulette, the Big Six Wheel, most craps bets, video poker, and even the slots. For example,take the infamous bet on Any 7 (known as Big Red to the craps affieciendos). You plop your chips on Any 7 on the layout and if the next roll is a 7 you win. If it’s not you lose. Pretty easybet to make but also a very devastating one for your bankroll. The reason is because the casinos are giving you a reduced payoff. The odds of rolling the 7 is 30-to-6 or 5-to-1. The casinopayoff isn’t at the true odds of 5-to-1 but rather at the reduced odds of 4-to-1. Get it??

Another way to think about how the casino’s create their unfair game is to just remember they that really make their profits not from player losses but rather from the money that players win,because winnings are paid out at less then true odds. As Frank Scoblete puts it; “You have a partner when you win – the casino”.

The third relatively easy way that casino’s create an unfair game is by simply charging you a fee when you win a bet (what a novel idea). Going back to the bowl of marbles analogy, supposethere are an equal number of white and black marbles. If you lose a pick, you lose a dollar. If you win a pick I pay you a dollar but I charge you a 5% fee (that’s a nickel). I created anunfair game by charging a fee or commission every time you win a bet. That’s how I created the unfair game.

A winning bank bet in baccarat falls under the “you pay the commission when you win”. In fact if you bet on the bank hand you would win more times then the casino wins. For every 100 bankhand decisions that result in a win or loss, you stand to win on average about 51% of the time and the casino wins 49% of the time. The game is extremely fair for the player at this point– infact the player would wipe out a casino by winning 2% more times then the casino. Of course the casino isn’t stupid, they are after all in business to make money not give it away. So tocompensate for the edge a player has by winning more times then the the casino, they smartly impose a 5% commission every time you bet on the bank hand and it wins. I know it’s not fair butthat’s how the casinos do it.

What about playing the slots, the most popular game in a casino? How does the casino create the unfair slot machine? Trust me when I tell you that they don’t do it by having someone in abackroom throw a switch that prevents players from winning jackpots. In fact with slots it’s easy to create an unfair game. The casino just programs the slot computer to keep whateverpercentage that the casino feels like keeping by paying winning combinations at less then the true odds (sound familiar). Sure it’s a lot more complicated with the microchips now being used incasinos with virtual symbols on each reel. But the concept is the same. Pay less then the true odds and you’ve created an unfair game.

In casino jargon the difference between the true odds and the odds paid is called the casino’s advantage. This can be calculated for every game and bet in a casino including those bets in whichthe casino charges a commission or wins more decisions. By ranking the casino’s edge for every bet it’s easy to determine which games and bets are unfair and by how much. And now the caveat.You can become an instantly smarter player by promising to do this on your future casino trips

Don’t make any bet in a casino where the casino’s edge is greater than 1.5%.

Wow that didn’t hurt did it? It all boils down to this. We know the casino offers unfair games but we can control how much unfairness we are willing to let the casinos have. By making thefollowing recommended bets, you will, in essence, be letting the other guys pay the bulk of the casino overhead while you pay next to nothing. What this all boils down to is the following. Onlyplay the following casino games and only make the recommended bets listed.

Bank and player bet in baccarat (or mini-baccarat)

Slot machines which have a sign guaranteeing at least a 99% or higher payback.

What’s your reward for making only the above bets? For blackjack and video poker you’ll turn an unfair game into a nearly fair game (with the possibility of turning it into an unfair gamefor the casinos to boot). For the other recommended games and bets, you’ll still be playing an unfair game but not by much. Look at it this way - it’s your best gamble in a casino.

Henry Tamburin is the author of the best-selling book, Blackjack: Take The Money and Run, editor of the Blackjack Insider e-Newsletter, and Lead Instructor for the Golden Touch Blackjackcourse featuring Speed Count. For a FREE 3-month subscription to his blackjack newsletter with full membership privileges, visitwww.bjinsider.com/free. For details on the Golden Touch Blackjack course visitwww.goldentouchblackjack.comor call 866/WIN-BJ21. For a free copy of his casino gambling catalog featuring over 50 products call 888/353-3234 or visit the Internetstore atwww.smartgaming.com