SEAL ONLINE BLADES OF DESTINY Seal Online Blades of Destiny retains the same vibrant atmosphere as its predecessor with its whimsical characters and colorful world, while enhancing game play with new features and content.

So Ive tracked down Roys (aka Katyperry) old Hybrid/STR Guardian guide as it has become apparent to me while playing on the new sever that there is alot of newer players who are in need of such guides as this. I know it was said that the older guides would be added here, but they still haven’t. Anyways I know alot of work went into the making of this guide so I only hope it can help the newer players.

Keep in mind tho that this guide was made before epics/ upgrades and just all the newer stuff in general.

Ideal skill build if you can level 6 everything

Why Roha’s Blessing Level 3 so far? Because that’s exactly the time you will need for you’re combo to be finished, and if you rather spend your Skillpoints somewhere else, Level 3 will be enough.

The use of Blue Drain and Charge.
Blue Drain is a very underrated skill, it’s shines in pvp because of the simple fact that you can mana drain about everyone to 0 mana. Think of the fact that you can mana drain vit defenders so their templars are without emp. And the cooldown of Blue Drain is only 20 seconds, where normal pots are 40 seconds. Also with lvl 6/7 and CS you could fully drain a Priest, and templars with Mana Guard on. Also it’s usefull against Dhans (lose their Invenom/mana) and rangers (lose their winged food/imbue/mana) and other guardians (lose their crit aura/imbue/mana). Only thing that is kinda hard is to fully drain Wizards, but most likely they are never on full mana in pvp really. so not saying it’s impossible. Some minor pro’s from blue drain : blue drain a vit dekan and he will health to mana -> loses more hp -> easier to kill, and you can work together with a dhan, blue drain + mana drain + a succesed mind ex = legit.

Charge… most people say shield buff+stun are for Str/Vit defenders, but especially when selfbuffed, charge is an awesome (read AWESOME) skill for a guardian. Not only it stuns, but it also does some legit damage, especially when O.S’ing. Especially selfbuffed it can get hard to kill higher p.def/higher hp targets, this is where a simple switch to shield -> Stun -> switch manually back to dagger comes out very well. Note that this may take alot of practise, but it’s well worth the effort.
No matter how great your gears are, Templars with mb + mana guard are hard to kill (yes they have reflection, I know) but also Str defenders with some decent hp, or just any class that has a decent amount of hp or using DD/Tank weapons.
Also it can be used for supporting with stuns.

Skills to Level 6
In my opinion, for a Guardian. if you want to get a big return from the Level 6’s you almost have to have every skill/buff at Level 6. Only a few Level 6’s will only give a minor improvement.

Skills to Level 7
THE first skills you should get to Level 7 are again:
-Crazy Standing
-Order Swing

Simply because with Level 7 Crazy standing you can use Crazy Standing twice ( actually 1.5 times) in One Order Swing, wich will result in alot more damage output.

Then you should be looking at things like, Str buffs, Sharpen + Sword mastery, Blue Drain, KS, and the others.
But really. To be honest it’s Crazy Standing and Order Swing that are most important, then the STR buffs and WA buffs.

Stats Build
Stats is the easiest part, you simple go 90~100 base Dex, rest Str (NO Vit) or Full Str (NO Vit).
There is a discussion going on about wether to go Full str or 90~100 base dex. No matter what I’d still say that arround 90~100 base Dex and the rest in str will be more then enough. My guardian had 90~100 base dex and the rest into str. fully lvl 7 buffed, with wings and not the best earrings/goggles I ended up having 1350 Str and 650 Dex. With 51’s I ended up having 1650 str and near 1000 Dex. Why in my opinion the little base Dex? because dex is the highest buffable stat in the game, lvl 7 nimble/alcarity/quickness/almighty and invoke. Total that sums up to alot of Dex, so that little base dex will give you a decent amount of dex. But especially if you get debuffed, or aren’t able to get all those buffs, you will still have a fair enough amount of Dex. And especially with a crit sword, this will shine in my opinion.

Now some of you might wonder, why adding no vit to the build? won’t I be squishy?

The hard, but true answer is Yes, you will probably will be squishy, but no matter if you have 0 base vit, 100 base vit, or 200 base vit, a Templar, a Dhan, another Guardian OS’ing you, or even a Ranger. in group pvp you Will die. It’s just the difference between getting 5 hitted by a templar, or 6 hitted, 4 critted by a dhan or 5 critted etc…

For a Hybrid Guardian or full str, you’re best defense is offense.
Especially if you are good at playing your guard in PvP, you Will get targeted, I’m not saying I were the best guardian on my server or was “good”, but I know there are alot of people that can agree with the fact that I knew what I was doing. And in group PvP/TW’s I had my butt vacuumed, debuffed, spiked, silenced about all the time, if you get some people on you. you will die anyway. So in my opinion the best thing is to be good at 1 thing, then below average on 2 things. Because you WON’T be able to tank, and you’re damage WON’T be as good when you add an amount of base Vit to your build. So focus on the thing you do best, dealing damage.

I didn’t have the best gear. average bedron with 280-360 HP on it, my melee sword had 33% Damage Drop, and I had no RP/Crones to make myself a Crit sword. Using wings, costume and talisman and still having 17K HP.

How to get high hp without adding vit to your build?

This was my tanking Sword :

Besides the fact that it gives you alot more HP and more survivability, it also has another positive side to it. It’s cheap! You can farm the pieces, and even buy them ingame.

For this sword the next items were used : 3x max/close to max vit swords + 1x 12% HP sword + high vit ring to enchant it. All can be bought/found ingame, because they are not even close to being worth as much as melee swords.

Why Vit? and not HP%?
I prefered Vit because the amount of vit made up alot for the lack of P.defense. And also because it stacks with Marea’s grace. I also had a 51% HP weapon, but with just Almighty both the swords gave me the same amount of HP. But with Almighty and Marea’s Grace the Vit sword gave me 1000 more HP then the 51% HP sword.

First I’ll give you a list of preferable Weapons to have:

5x% Melee sword with OR atleast 30%+ DD or 10%+ Crit.
– Tanking sword -> Vit or HP with DD (like the sword I showed above, or a 51% HP sword).
– Melee Dagger, 45-50% melee with either 10%+ crit or 30%+ DD.
– A shield, doesn’t matter what one really, but the end game unique shield is faily easy to make, the pieces don’t have to be maxed, 20 p.def will be enough and don’t even have to ancient it. It’s mainly for the stun, but 8x p.def endgame shield helps your defense too.
– Mobi sword ( or dagger if you can’t find a sword) Mine was a dagger. simply because it had 35% Mobility and 35% Melee attack on it. so I’d just run arround with shield + mobi dagger and kill people. (Walked arround with shield + Tank sword if not attacking.)
(If you have enough RP, I would even advice having two 5x% melee swords, one with DD and one with Crit, for different situations. I’d be peeing my pants with a Crit sword between all these dhans and templars nowadays to be honest.)

At low levels (till 60) you should use Str + if possible, melee on your weapons. For the 3rth Unique you should be looking at close to 40% melee on it and 30%+ DD or 10%+ Crit
(Sorry that I don’t spend much attention to the lower levels, but in my opinion Hybrids below high 8x’s aren’t worth mentioning as a Hybrid. because you’re Str and Dex won’t be high enough at that level.)

There are 3 Pets that in my opinion would fit a Hybrid Guardian:
– Level 3 Soft Kahto / Royal Dragon(40% mobi at Level 3)
– Level x King Lion
– Level 3 Molly / Empress Unicorn (Heals more then Molly)
(Yes you could also use Bear / Tiger but these are less good in my opinion)

Why soft Kahto? Kahto is very usefull if you are 1v1-ing Guardians/Rangers or any other class, but also in Townwar if you need to kill towers or get to your Guildleader really fast. Also if you get debuffed, you switch to your Vit/HP/DD sword or mobi Sword/dagger, run a bit back and rebuff for example. Also the Kahto allows you to skip ( explained in Pvp tips ).

Royal Dragon:
Level 1:
Site memory retention 10 minutes (allows you to teleport back to your saved location).
Mobility increases by 20%. Weight increases by 30%.

Level 2:
Site memory retention 20 minutes (allow you to teleport back to your saved location).
Mobility increases by 30%. Weight increases by 40%.

Level 3:
Site memory retention 30 minutes (allows you to teleport back to your saved location).
Mobility increases by 40%. Weight increases by 50%.

I loved crit reduction when I still had my Level 3 Tiger, so I will also love it when I had a King Lion, Plus it has HP increase and Attack speed increase, wich are both usefull. So this is a pet which helps on more different area’s. Though I’d Still prefer Soft Kahto/Royal Dragon above this pet.

Molly:
Level 1:
Complete Defense 5%. (you get an additional chance to block an incoming attack completely).
Recovers HP/MP by 7000. (this feature can only be used every two minutes).
Weight increases by 10%.

Level 2:
Complete Defense 10%. (you get an additional chance to block an incoming attack completely).
Recovers HP/MP by 5000. (this feature can only be used every two minutes).
Weight increases by 20%.

Level 3:
Complete Defense 15%. (you get an additional chance to block an incoming attack completely).
Recovers HP/MP by 9000. (this feature can only be used every two minutes).
Weight increases by 30%. 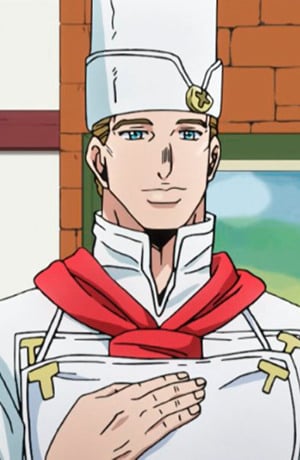 Empress Unicorn
Level 1:
Complete Defense 10%. (you get an additional chance to block an incoming attack completely).
Recovers HP/MP by 5000. (this feature can only be used every two minutes).
Buffs with greater than a three second casting time are reduced by 1.0 second.
Weight increases by 30%.

Level 2:
Complete Defense 15%. (you get an additional chance to block an incoming attack completely).
Recovers HP/MP by 9000. (this feature can only be used every two minutes).
Buffs with greater than a three second casting time are reduced by 1.5 seconds.
Weight increases by 40%.

Level 3:
Complete Defense 15%. (you get an additional chance to block an incoming attack completely).
Recovers HP/MP by 12000. (this feature can only be used every two minutes).
Buffs with greater than a three second casting time are reduced by 1.5 seconds.
Weight increases by 50%.