The final week of the 2020 NFL regular season arrives on Sunday. It’s a massive main slate, with a lot of games to bet on and plenty of in-game action to attract bettors.

For advice as to how to bet on the NFL this week, hit up our NFL picks section linked at the top of this page. I’ve got you covered for the in-game entertainment, as I’ll be going over my favorite week 17 NFL player props.

A few stand out more than others. Here’s a look at the biggest names that could win you money this week.

I can totally understand the lack of faith in Zeke. He’s had a really tough 2020 season as a whole, and he’s even missed a game due to injury.

Elliott brushed off his health woes and whatever trouble he’s had this year to gallop away for 105 rushing yards last week, though. That was his first 100+ yard rushing effort of the year, which is embarrassing and promising, all in the same breath.

He didn’t luck into it, either. He literally had one of the better performances of the year.

Ezekiel Elliott had 11 missed tackles forced on runs in Week 16
Most in a game by anyone this season pic.twitter.com/Dm718gXbQw

I’m not here to trust in him for his rushing yardage total, though. The New York Giants have a solid defense, are at home, and have done a pretty good job against the run.

That said, the G-Men have still allowed 10 rushing scores on the year, and they let Zeke plunge in for two scores back in week five.

The Ravens are among the NFL teams that need to win to lock up a playoff spot in week 17. That’s one big reason why I love Lamar Jackson’s chances of putting up two or more passing scores.

That, and he also gets to face the lowly Cincinnati Bengals.

Jackson fared well against the Bengals earlier this year, passing for two touchdowns in that matchup. Cincinnati has only gotten worse defensively, too, most recently giving up 324 passing yards and three scores last week to Deshaun Watson.

Jackson is best known for his rushing ability, but this is a pretty good spot for him to toss in a couple of scores. Baltimore certainly needs him to be at his best, and this +130 price tag looks fantastic.

Alexander Mattison to Score a Touchdown (EVEN)

There are some other touchdown props to consider this week, with one focusing on the potential production for Minnesota Vikings running back Alexander Mattison.

I talked up Mike Boone in my week 17 NFL DFS lineup breakdown, but Mattison is going to be a guy you’ll want exposure to in DFS and betting circles if he gets the nod.

One of these guys certainly will, as Dalvin Cook has already been ruled out for the season finale.

Dalvin Cook will miss Sunday's game because of the death of his father, a league source tells @CourtneyRCronin. https://t.co/hkm8z3nKht

Prayers up for Cook and his family. 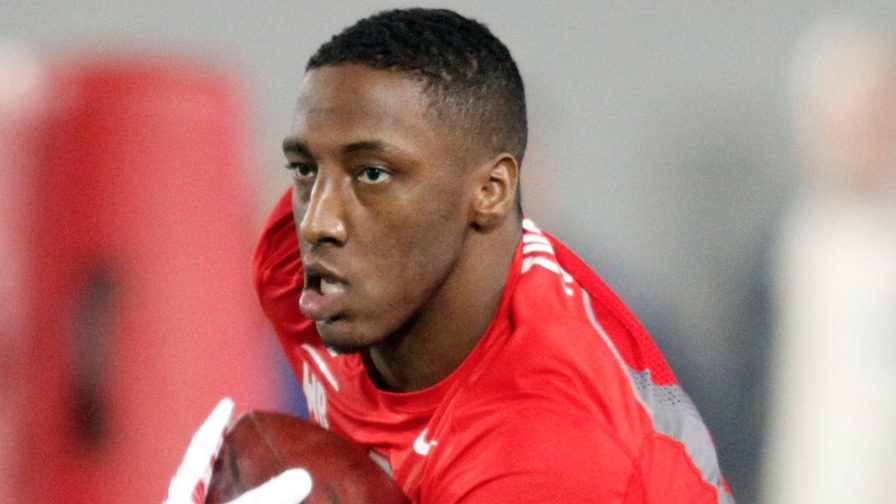 Perhaps the absence of Cook forces Minnesota to take it to the air a bit more, but I doubt it. This is an offense that has been at its best when they can run the football effectively, and Cook leaves behind a role that generated 17 rushing scores in 2020.

This is an even more appealing bet when you note Mattison could be facing a Lions defense that has allowed the second-most rushing scores (18) on the season.

Just make sure Mattison is actually set to get the start if you go with this bet. Best online casino game to win.

Indy enters week 17 as massive 14-point favorites against the Jacksonville Jaguars, and Taylor’s likely ability to dominate on the ground is a key part of that.

Jacksonville hasn’t won since week one and really don’t appear motivated to stop the bleeding. Mike Glennon is their starting quarterback, and they have a poor run defense that’s coughed up the fifth-most rushing touchdowns (15) in 2020.

None of this looks good for the Jags, while Taylor has heard his name called plenty in scoring position. The talented rookie has scored 10 times this year, with at least one touchdown coming in each of his last three contests.

Jacksonville doesn’t figure to offer a whole lot of resistance here, and I find it hard to believe Taylor doesn’t punch in at least one score in such a crucial spot for the Colts.

As you can imagine, there aren’t as many live NFL player prop bets for week 17. The uncertainty involving player injuries and teams resting players plays into that quite a bit.

It’s also still only Thursday as I write this, so there is still plenty of time for even more week 17 NFL player props to emerge.

As things stand prior to the New Year arriving, the week 17 NFL player props above are my favorites. I think you can target all of those bets confidently and enter 2021 with some profit.

I’m just one voice here if you’re trying to make money betting on the NFL, though. Hit up our NFL picks section for game-by-game predictions, and check out our NFL betting sites page to find out the best sites to bet on pro football.

The Wildcard Round of the NFL Playoffs begins on Saturday with an AFC matchup between the Indianapolis Colts and Buffalo Bills. The Colts were able to snag the AFC’s last playoff spot thanks to a win and a Miami Dolphins’ loss (to the Bills) in Week 17. Meanwhile, the 13-3 Bills finished the regular season on a six-game winning streak, so look for them to make some noise in the playoffs.

I do like the Bills to win and move on to the Divisional Round next week. After all, their three losses this season came to the Kansas City Chiefs (in a monsoon), Tennessee Titans (in a weird Tuesday night game) and Arizona Cardinals (on a last-second Hail Mary play). Under normal circumstances, this could be an even-better team. Plus, the Bills Mafia will have some of its members in attendance in Orchard Park.

In this article, I will identify the best value in the player-prop betting market from the Colts-Bills matchup. The odds in this article are from William Hill Sports – Use the promo code TS500 for a 100% first-time sign-up deposit bonus of up to $500.

The Bills opened with the highest implied team total of the Wild-Card Round, but the Ravens have since taken over that title. Nevertheless, I’m taking the over on a number of different Allen prop bets, believing that he’ll put on a show against the Indy defense.

Allen finished the season with multiple TD passes in each of his last five games, and in seven of the last eight; he also passed for 300+ yards four times in those eight games.

Indy may have one of the better defenses in the NFL, but this unit wasn’t particularly dominant down the stretch. Not to mention, the Colts also didn’t face a lot of the NFL’s elite offensive units in that span either.

This is certainly going to be an all-out aerial attack from the Colts on Saturday, and by “aerial attack,” let’s make sure we all use that term lightly. They will throw the ball plenty, albeit in shorter routes. The incoming number of points from the Bills will also set the offensive tempo in this game.

Luckily, the weather in Buffalo should wind up just being cold – no rain/snow or heavy winds.

Rivers started showing some signs of slowing down at the end of the regular season, with no more than two TD passes or 300+ yards in each of the team’s last six games. A lot of that can be chalked up to RB Jonathan Taylor having a great stretch run, but he’ll be a side piece in this game. Look for Rivers to do as much as he possibly can to keep pace with Allen and the Bills.